The film festival has started in Vary

The festival, which is one of the largest cultural events in the Czech Republic and is one of the highest category A film festivals, is returning to its original form after two years.     The Karlovy Vary International Film Festival 2022 takes place on its traditional July date. From: 1 to 9 July. So they rolled out the red carpet again in front of the Thermal Hotel, along which film and football stars walked to head to the opening ceremony. His main point was the memory of the late film critic Eva Zaoralová.  At the opening of the 56th Karlovy Vary International Film Festival, hundreds of people were waiting by the thermal hotel’s red carpet. At first glance, there were fewer of them than in previous years. The reason was partly that the weather was cold, but also that none of the main stars of this year were announced for the opening ceremony. Nevertheless, film enthusiasts and fans of the festival welcomed the guests of the ceremony, led by the president of the festival Jiří Bartoška and his wife, actresses Jiřina Bohdalová, Hana Vagnerová, Alena Mihulová and actor and musician Jiří Macháček with applause and ovation. He and the band Mig 21 and the Orchestra of the National Theater in the SymfoMIG project performed in the evening at a traditional opening concert open to the public.

At the end of this year’s festival, the crystal globe for outstanding artistic contribution to world cinema will be awarded to Australian film and theater actor Geoffrey Rush, winner of the Oscar for Best Actor and three other Oscar nominations. The award of the president of the festival will be accepted by American actor and producer Benicio del Toro and Czech actor Boleslav Polívka. Other announced guests of the festival include the American actor, screenwriter and director Liev Schreiber, who returns to the festival after 18 years.
Do you want to see one of the festival films in Karlovy Vary? You have two options. The more comprehensive one is the Festival Pass, which allows you to get three tickets to three different films every day. Tickets can be booked through the festival app or at the box office directly on site. The Festival Pass is available in several variants – one-day, three-day, five-day and for the entire festival.
JK 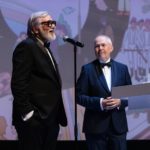 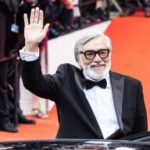