The investigators return in the premiere series of Cases 1. Ward

During the past six years, a lot has changed in Prague’s 1st Department. The police are now more like a business. There is more to an MBA than criminal practice. Meetings are conducted via Skype, electronic log books and Excel spreadsheets for everything have been introduced. Old meets new. New characters join familiar investigators, new relationships and animosities arise. Investigator Tomáš Kozák, played by Ondřej Vetchý, is at the top. The clarity of the cases has increased for his team, and Kozák is becoming a well-known personality in the media.  “We don’t describe, we don’t reveal in detail all the procedures of criminal investigators, so that the series doesn’t give instructions to potential criminals. But when you know that these are real cases, when you see what horrors people are capable of doing to each other, it’s shocking and makes your eyes pop. For example, when during the reconstructions they completely impersonally and cynically describe how they carried out the murder. Sometimes they even feel that they are actually good, exceptional. The loss of the human dimension and human belonging is unbelievable,” says Tomáš Kozák’s representative Ondřej Vetchý.
“For each case, we had valuable notes, materials and information from Mr. Mareš, and we were familiar with all the stories down to the smallest detail. This allowed us to be as close to reality as possible and it will definitely show. From a larger list of real cases, we have selected those that are always unique, in the way they are executed or in the way they are revealed. The list includes, in addition to well-known events such as the murder of a taxi driver, as well as unique, lesser-known cases,” explains the first of the pair of screenwriters, Jan Malinda, and Josef Mareš adds: “When I finished working for the police, I suddenly had more time and than I needed after work at I started to really miss the murders, I got an offer to return to the 1st department, at least on paper.”
script: Josef Mareš, Jan Malinda // director: Peter Bebjak, Michal Blaško // executive producer: Matěj Stehlík // project leader: Tomáš Feřtek // music: Juraj Dobrakov // actors: Ondřej Vetchý, Filip Blažek, Petr Stach, Juraj Loj, Barbora Bočková, Miroslav Vladyka, Miroslav Hanuš, Ondřej Malý, Igor Chmela, Sabina Remundová, Lucie Štěpánková and others. 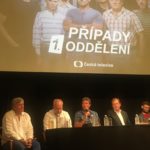 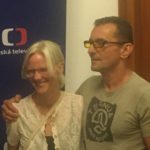 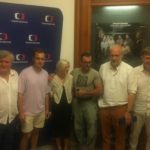