On July 26, 2022, the political party Volt (active in 31 European countries) presented itself, promoting Eurofederalism. He is preparing for elections to the Prague City Council and elections to the European Parliament. The program for the elections to the European Parliament in 2024 will be prepared by the Volta Europa General Assembly, which this year will be hosted by Prague on October 8-9.  Volt Europa was created in March 2017 in response to Brexit. They form a progressive pro-Western alternative to the existing parties. It is the first pan-European party in history.  Volt’s priorities are the support of modern education, the fight against climate change, the support of civil society, equal rights for all, more women in politics and the introduction of the Euro in the Czech Republic.

“European challenges require European solutions and national parties are reaching their limits. That’s why we founded Volt, a party for all of Europe. We want to promote pan-European solutions and focus on building closer cooperation in Europe,” explains Adam Hanka, chairman of Volta Česko.
Volt presents challenges that need to be addressed in Europe as a whole and in every European country, including the Czech Republic.  The first three challenges concern the state – public administration, the economy and the social system. The other two focus on the fundamental issues of our time – sustainable global balance and the functioning of democracy. The +1 call represents the need to reform and strengthen the European Union.
Volt has one MEP Damian Boeselager, city and regional representatives in European countries (DE, IT, BG) and members in the Dutch and Bulgarian parliaments.
“Volt is a progressive pan-European party that strives to build a truly democratic and united Europe,” explains Volt Europa co-chair Francesca Romana D’Antuono.
JK 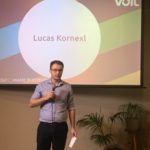 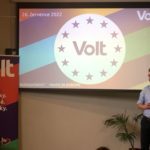 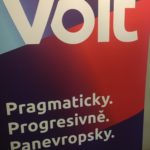