The revised Metropolitan Plan is published in the CAMP 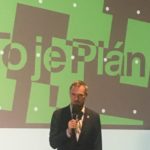 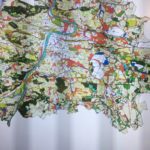 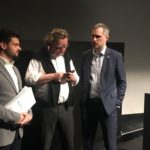 At the Center for Architecture and Urban Planning (CAMP), from 26 April to 30 June, the newly planned area will present a plan for Prague – the Metropolitan Plan, which is being prepared by the Institute of Planning and Development (IPR). Visitors will get acquainted not only with the basic principles of the plan, but above all with its modified proposal, to which they can comment on the spot. The revised Metropolitan Plan, which incorporates comments from the relevant authorities, city districts and the public, is published after four years for a so-called public hearing, where the public can comment on it again, even through the online application or the Prague Portal.

“The revised Metropolitan Plan opens up new ways to address the future of Prague in terms of housing affordability, infrastructure development or park protection. It will be possible to comment on the metropolitan plan online via the Pražan Portal. At the level of the entire Czech Republic, this is an absolutely unique journey that Prague embarks on, also with regard to the comfort and participation of citizens, ”said Zdeněk Hřib. of Prague.

The exhibition, curated by architect Martin Hejl from the Loom on the Moon studio, takes place in both CAMP halls. In the Black Hall, visitors will learn about the five basic principles of the plan. Access to topics such as climate change, housing affordability, public spaces or city amenities is illustrated through floor projections. The panoramic wall moves Prague as we know it today through hand-painted animation.  In the second, White Hall, the draft Metropolitan Plan itself is presented in an updated version. Visitors can get acquainted with the documentation, ask specific questions to the acquirers and developers of the plan, or comment on the updated proposal on the spot. It will also be possible to submit it via the online application until 30 June.

After a public hearing, all comments submitted will be evaluated and the results will be included in the new format of the Plan. This process is in the competence of the acquirer, ie the Department of Territorial Development of the City of Prague. Subsequently, two options may arise – if the proposal is not substantially modified, the Metropolitan Plan will be submitted to the Capital City Council and the City Council for approval in the course of 2023. However, if the proposal is significantly changed, the public hearing and citizens will be repeated. they will again be given the opportunity to comment on the proposal, but only on the amended parts.