The Superbike World Championship will visit Most this weekend

Oliver König wants to be seen. After all, he will drive on his home track for the first time as a member of the royal class. “I’m curious about that. It is the only track in the championship that I have ridden before with a liter bike. That should be an advantage for me compared to other circuits on the calendar,” said the Czech driver from the Orelac Racing team. Even though he is on the back row during the year, he intends to put on a good performance in front of the home crowd. “But it is difficult to specify what position I will have. We’ll see after the first training sessions,” added König. Races in Most start on Saturday and Sunday from 14:00.

As a newcomer to superbikes, he has been moving more on the tail so far. Nevertheless, there were several partial successes that proved the qualities of the Czech driver. In the third practice in Italy, he lost only 2.5 seconds to the fastest, in the last race in England he was able to accelerate towards the end and set his fastest times. And that’s a few weeks after breaking his collarbone in training. “I am most pleased with these two results so far. Yes, most people always notice that I’m the last one. But, for example, it happened several times that the opponent I overtook eventually retired in the race,” pointed out König, who was the first rider in history to switch from the Supersport 300 championship to liter superbikes.  The Spanish Orelac Racing team is also satisfied with the Czech competitor after half the season. “They praise him for not making mistakes and gradually getting faster. Of course, no team wants him moving at the back. But they are very well aware of the competition and pressure Oliver has to deal with,” added Miloš Čihák, the driver’s manager and CEO of Movisio Racing. “So far, he lacks experience, but he has to get away with it. He knows very well where he loses compared to others. We would also need it to have a fast start. That’s why we have an idea that we will try to apply in Most.”
König has ridden many laps on the Mostec circuit. In addition, last year he won third place here in the weakest cubic capacity. “I go to practice and I know where to brake. On the other tracks, I always find myself in the superbikes and have to find the braking points on the most powerful bike by myself. I won’t be such a blind man in Most,” added König, who is suffering from health complications this year, with a smile. He broke his arm in training before the season, and his collarbone again in June. “It’s definitely not the case that if I was completely fine, I’d be in the top 15. It doesn’t fundamentally limit me.”  During the season, König was twice in 18th place, but he mostly moved around the twentieth place and reached the finish line each time. The Czech rider did not specify where he would like to be in Most. “It’s a track where he’s already sat on a big bike. It’s definitely fun. I dare not guess the result. I expect that he could drive with a loss of less than one minute to the winner,” added Miloš Čihák from Movisio Racing, for whom Filip Juránek will also drive on the Czech track. And that is the Yamaha R3 Cup European junior championship. The World Superbike Championship program starts with Friday practice sessions, live TV broadcasts will be provided by Nova Sport.
JK 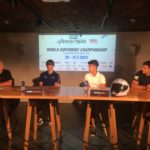 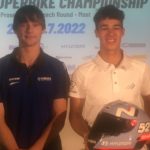 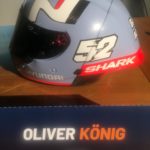 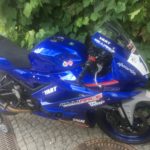