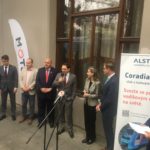 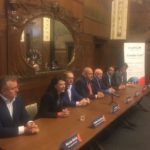 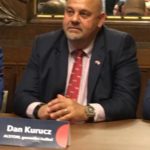 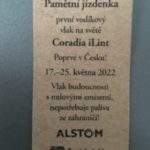 Hydrogen trains could start running on the Czech railways in about five years. Changes in legislation and the development of domestic infrastructure will be key to their wider use. The costs for them would not be too different from the current trains, they said on 17.5. 2022 at the presentation of the Coradia iLint hydrogen train Martin Bělčík, head of the Railway Research Institute, and Daniel Kurucz, head of the Alstom train manufacturer. Hydrogen-powered trains are one of the ecological variants of future operation, especially on regional railways.

Alstom’s hydrogen trains have been running in several European countries since 2018. According to the company, it is an alternative for 46 percent of the main lines in the EU that are not electrified. The Coradia iLint is the world’s first hydrogen-powered passenger train to generate electricity for traction. According to Alstom, the only emissions generated by the train are steam and condensed water. The train will be in the Czech Republic until May 25.
JK