Nové Dvory and Palmovka in Prague 4, 12 and Prague 8 are expected to receive substantial development in the coming years.

In the future, modern residential areas with multifunctional amenities could emerge from neglected areas. The Prague Development Company (PDC) is preparing a study that could see up to tens of thousands of Praguers could find housing in the two key districts.

In Prague, housing has long been becoming increasingly unaffordable. Rents are rising astronomically, even when compared to rising wages. According to the international database Numbeo, the cost of acquiring housing in terms of local wages is more expensive in Prague than anywhere else in Europe.

On top of that, many experts predict that private development in Prague will decline, at least in the near future, as rising inflation has made construction costs more expensive. These factors combine to make the development of new housing all the more critical for the Prague city government.

Palmovka has long stuck out like a sore thumb in Prague 8. While a busy transport hub, it also has long-neglected surroundings, much of which are still undeveloped, and the half-finished Nová Palmovka building, which was supposed to be Prague 8’s new town hall. Often the area has served to attract homeless people, drunks and drug addicts.

Palmovka is considered to be the largest development area in the wider center of the capital, which is owned outright by Prague City Hall. Only now does it seem to be about to change for the better.

PDC, in cooperation with CTU students, has prepared a project in which more than 2,000 flats should be built in the area between Zenklova, Sokolovská, Libeňský most, Vojenova and Švábky streets.

This will include not only around Nová Palmovka Center, but also the bare space near the Libeň Synagogue should also undergo changes. “We kind of call the project the Second Anděl, because following the example of Smíchov, we are also talking about a largely inaccessible area, which is difficult to get to,” Deputy Mayor for Territorial Development Petr Hlaváček (STAN) told reporters on Tuesday.

“But while in Smíchov the redevelopment of brownfields is being driven by private investors, in Palmovka it is being driven by the city thanks to its continuous ownership. And although Anděl is synonymous with office buildings, a vibrant residential district is to be built in Palmovka, which will have the same gravitational force for the right bank of the Vltava as Anděl has for the left.”

It is unclear when exactly work should begin, but preliminary planning suggests that the district could be ready by as soon as 2033. The city plans to finish the Nová Palmovka Center, so that the structure that has already been built does not decay. There are also hopes to locate the headquarters of the European Union Agency for the Space Program (EUASP) there. 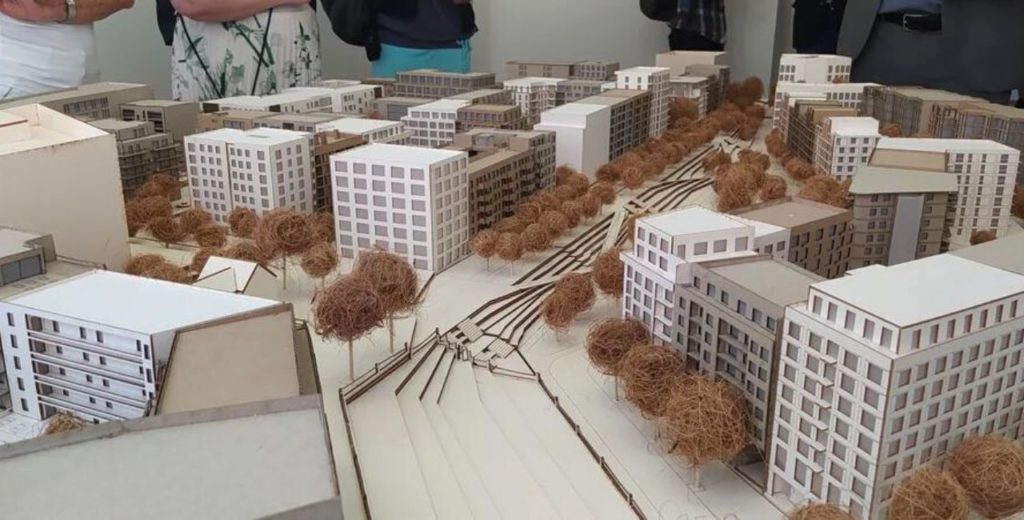 In Nové Dvory in Libuš, however, the situation is different. While Palmovka consists almost completely of brownfields, the locality of Nové Dvory consists of several larger plots, which together amount to 30 hectares. There are already some buildings (such as a sports hall), parking lots or green space in the form of the so-called Barren Court. Nové Dvory will also be connected to the metro through the planned, though yet-unbuilt line D

“Following the construction of a new metro station, we decided to evaluate the city’s land in its immediate vicinity and build a new city district here,” explains Hlaváček.

According to him, the evaluation of urban land and the cultivation of the urban environment is the responsibility of PDS, which came about, among other factors, due to Hlaváček’s initiative.

“The district will have a residential character and we will build all the necessary infrastructure for its new inhabitants. It should be a district dedicated to people who will meet, for example, the category of necessary professions or fragile groups of the population, such as seniors or single people, “said the deputy mayor.

According to Urbánek, up to 2,000 flats, including a number of restaurants, cafés, shops and services, should be built there within 10 to 15 years. “They will bring up to 5,000 vacancies,” says Urbánek.

According to him, a kindergarten and primary school, a cultural or community center and a sports ground are also planned. Transport services will be provided both with the help of a new metro line and a new tram line, which should be extended from Modřany. Work has been going on since April this year. 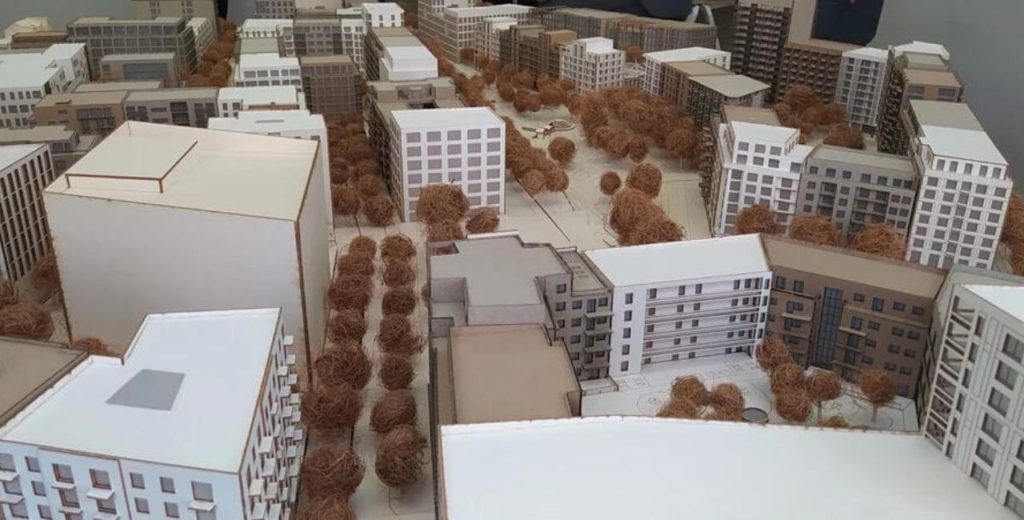