Today Marks 78th Anniversary of Liberation of Brno from Nazis

Brno was liberated exactly 78 years ago, on April 26, 1945, by the Red Army led by Marshal Rodion Yakovlevich Malinovsky in the Bratislava-Brno operation.

The next day, the Nazi German administration of the city was abolished and was replaced by the newly created and Czech-led “Národní výbor města Brna” (People’s Committee of the City of Brno).

This operation was launched on March 25, 1945, with the crossing of the Central-Slovakian river Hron.

Soviet soldiers were supported by Romanian troops who had defected to the side of the Allies and would later fight in battles near Znojmo, Rosice, Tišnov, Zlín, and lower Haná.

The objective of the Bratislava-Brno Offensive was south Moravia, i.e. to liberate the city of Brno and advance to the towns of Vyškov, Prostějov, and Olomouc. At the same time, the 4th Ukrainian Front was to advance towards Olomouc from the north, thereby surrounding the German army in Moravia and Slovakia.

The Soviet army, with 350,000 infantry, nearly 7,900 pieces of artillery and mortars, around 300 tanks and over 600 aircraft, outnumbered the German forces. The Red Army was joined in its advance on south Moravia by 86,000-strong units belonging to the Royal Romanian Army.

Bratislava was declared a fortress in December 1944, meaning that important buildings were mined and connected to a unified detonation system – however, the local inhabitants were able to sabotage the system and Bratislava was liberated on 4th April.

5th April 1945 saw the start of the battle for south Moravia – first Lanžhot, then Hodonín. On 15th April 1945, an order was issued to German units to abandon the fortress of Brno and take a position outside the city in order to defend it.

Starting on 18th April 1945, the most intense phase of the fighting took place for control of the village of Ořechov, an important strategic point on the road to Brno. After a week of fighting, Ořechov was taken, opening up the road to Brno, which was liberated on 26th April 1945.

18th April 1945 was the day on which American forces also entered the Czechoslovakian territory, from the west, by the village of Hranice near Aš. Their advance was, however, halted on 6th May at a previously agreed demarcation line running from Karlovy Vary to České Budějovice via Plzeň – any further advance was forbidden by the Soviet command.

The offensive destroyed seven Axis divisions, and President Edvard Benes spent a week in Brno, which was the Czechoslovak seat of government until the Prague Offensive in mid-May.

Brno was badly affected both by previous air raids and then by fighting in the streets of the city. Of the 26,280 houses, 1,277 were completely destroyed.

In total, 13,723 houses were damaged, virtually every other house in Brno, according to the online ‘Brno Encyklopedia’. 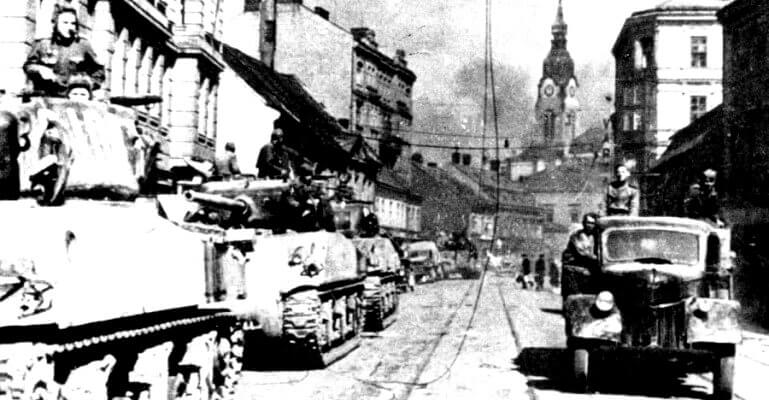 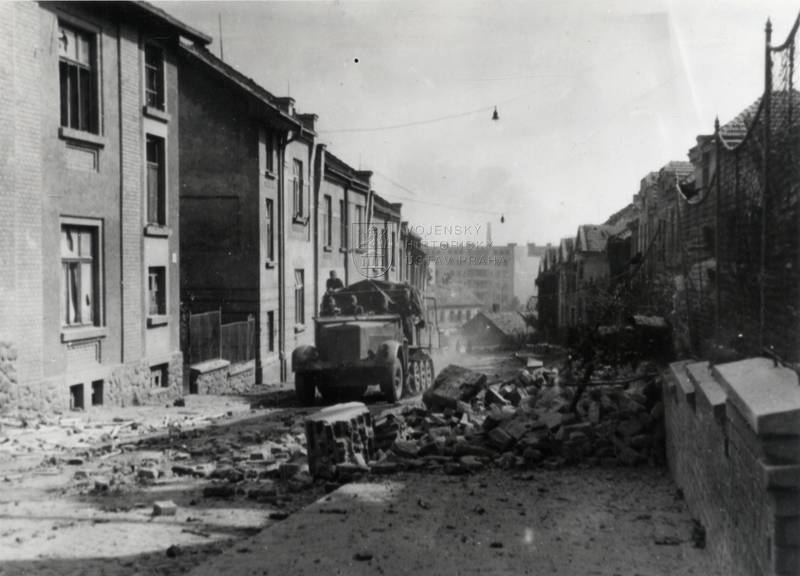 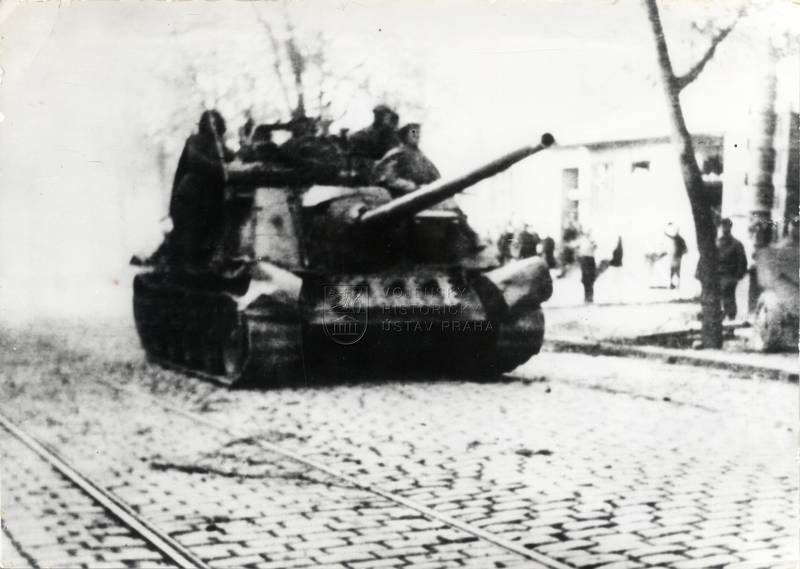