How was the International Trebbia Award created?

In 1143, the Premonstratensian Canon founded the Strahov Monastery on the Prague hill Hradčany. In the years 1602 – 1612, Premonstratensians and Emperor Rudolf II had a church built in gratitude that Prague had avoided the plague. This church was named after the French Saint Roch, who at the turn of the 13th and 14th centuries helped wherever plague appeared. When Saint Roch fell ill himself, he left France across the Alps to northern Italy and lived for many years in a shack on the banks of the Italian river Trebbia. According to the legend, an angel was visiting him and healed him of his illness.

In 1993 the MIRO Gallery, founded in Berlin in 1987, moved to the Church of St. Roch on Hradčany in Prague.

In 2000, the MIRO Company initiated formation of an international award named after the Italian river Trebbia. This award was created as an expression of gratitude to entrepreneurs, patrons and artists across all artistic genres. 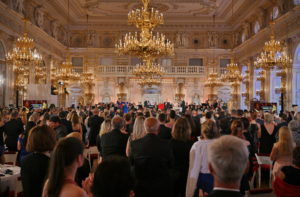 Broadcast live on Czech and Slovak Television, broadcast worldwide in English via the Trebbia Foundation YouTube channel and replayed on TV Noe. 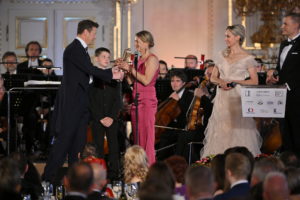 The TREBBIA International Award for Creative Activity was awarded to the composer Juraj Filas In memoriam. The award was received by Katarína Szabados and Šimon Lomský, the daughter and grandson of the laureate. The award was presented by Ivan Ženatý, violin virtuoso, and remotely via video greeting by Stanislav Kotyza, American entrepreneur and philanthropist of Czech origin. 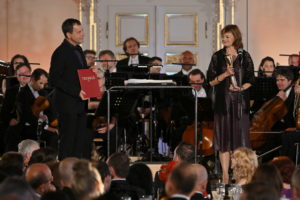 The TREBBIA International Award for Creative Activity was awarded to jazz singer Jana Koubková. The award was accepted on behalf of Ms Koubková by her friend, independent journalist and chairwoman of the Czech Roots Association, Martina Fialková. The award was presented by MUDr. Martin Jan Stránský, a doctor, pedagogue, publisher and publicist, member of the Trebbia International Nomination Jury. 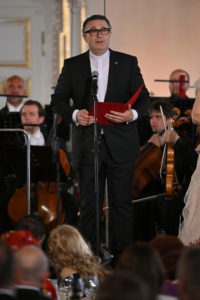 Laudatio for the 20th anniversary was delivered by Daniel Peter Janáček, O.Praem., abbot of Strahov, Royal Canon of the Premonstratensians. 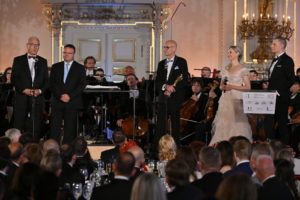 The TREBBIA International Award for Support of Culture and Arts was awarded to Roman Bělor, the long-time director of the Prague Spring Festival. The award was presented to him by Ilja Šmíd, former Minister of Culture of the Czech Republic and René Zavoral, general director of Czech Radio. 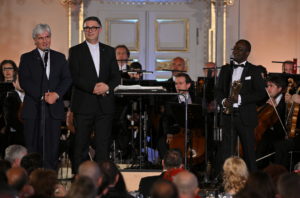 The TREBBIA International Award for Contribution to the Dialogue of National Cultures was awarded to Phanuel Osweto, a parish priest from Kenya, working in the Czech Republic. The award was presented to him by Leoš Ryška, parish priest, director of TV Noe and Daniel Peter Janáček, O.Praem., abbot of Strahov Monastery. 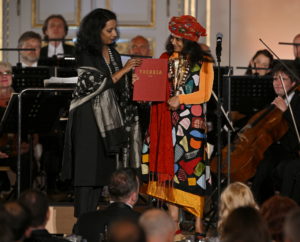 The TREBBIA International Award for Contribution to the Dialogue of National Cultures was awarded to Papia Ghoshal, a versatile artist, publisher, producer from India. The award was presented to her by Mrs. Seema Kotalwar, wife of the Ambassador of the Republic of India to the Czech Republic and through a video greeting by H.E. Hynek Kmoniček, Ambassador of the Czech Republic to the USA, member of Trebbia INJ. 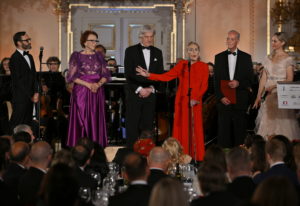 The TREBBIA International Award in the category for lifetime achievement was awarded to Soňa Červená, opera singer. The award was presented to her by Eva Blahová, professor of opera singing, director emeritus of the Janáček Opera Brno, member of the Trebbia INJ and Jiří Heřman, artistic director of the National Theatre Opera Brno. 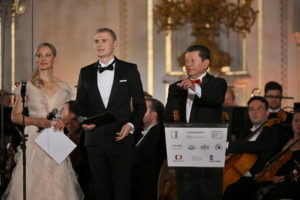 The gala evening included a benefit auction in favour of the Archa Chantal Foundation and the TREBBIA Foundation. Miro Smolák, bidder and founder of the Trebbia International Award. 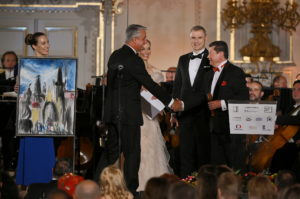 Painting by Martin Šárovec “Thank God! The view of Charles Bridge 2” was auctioned by Roman Knap, the CEO of the Czech Post.

Pavel Šmíd‘s painting “Pregnant“ was auctioned by Vladislav Stanko, founder of the European Institute of Business and Public Education. 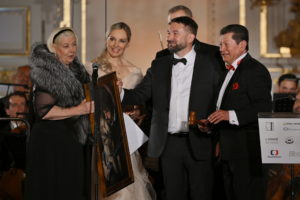 The painting “St. Roch with a dog“ by Barbara Barbar Kysilková was auctioned by Jana Chmelařová. 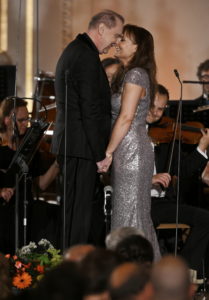 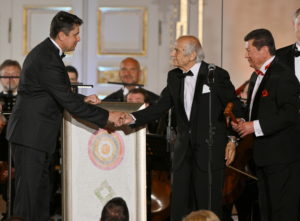 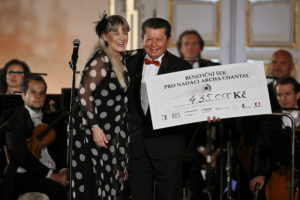 The charity cheque was received by Chantal Poullain, founder of the Archa Chantal Foundation.