Handover of the Order of the Rising Sun to Peter Ježko, former EP MP and Chairman of the Delegation for Relations with Japan
Day 13. On September, a ceremonial handing over of the Order of the Rising Sun, golden beams with a necklace ribbon to Peter Ježko, former Member of the European Parliament and Chairman of the European Parliament Delegation for Relations with Japan, to whom he was order awarded on the occasion of honoring foreigners for the fall 2020. During his time in the EP, Mr. Petr Hedgehog led activities aimed at deepening relations between Japan and EU. Of Mr. Hedgehog’s achievements in this area, historically significant is his merit for the conclusion of the Economic Partnership Agreement (EPA) and the Strategic Partnership Agreement (SPA) between Japan and the European Union, which is in force for the fourth year this year. It can be said without exaggeration that Peter the hedgehog laid the foundation for the current relations between Japan and EU. The event, which was also attended by former Vice President of the European Parliament Pavel Telička, MP Hayato Okamura, Deputy Minister of Foreign Affairs Martin Tlapa and many other representatives of the Czech government, took place in an extremely pleasant atmosphere.
#aktivityjaponskehovelvyslance 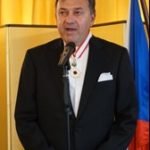 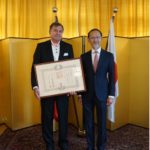 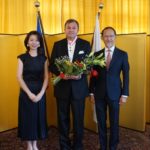 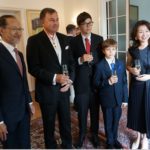