Participation at the opening of the photo exhibition “Visit of the Japanese Emperor and Empress in Prague 2002”
Day 19. On September, Ambassador Suzuki attended the opening of a photography exhibition titled “Visit of the Japanese Emperor and Empress in Prague 2002”, organized by JTI and the Embassy of Japan in the Czech Republic. This year, in July, 20 years have passed since the visit of Their Majesties of the then Japanese Emperor and Empress in the Czech Republic. In Míčovno Prague Castle on the occasion of this anniversary until 30. In September there is an exhibition of pictures documented by the then official photographer of the Office of the President Alan Pajer. We cordially thank the Office of the President of the Republic, JTI company and everyone who participated in the realization of this exhibition. We believe that many visitors will see it and that it will become an opportunity to reflect on the friendship between Japan and the Czech Republic.
#aktivityjaponskehovelvyslance 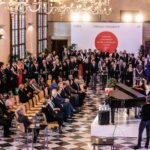 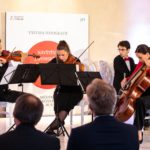 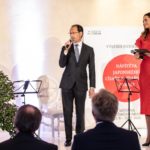 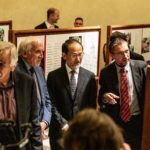