Viktorie Jílková and boxer Vasil Ducár spoke at a press conference in Prague on February 30, 2002. Czech boxer Viktorie Jílková achieved great success at the World Junior Championship in Thai boxing. She gradually defeated the Malaysian representative Adriana, the Australian Chatterton and the Thai Aunkhongphana and became the world champion. “We are very happy about the gold, especially against a really strong Thai woman who has a lot of experience. We deployed tactics that Viki executed brilliantly,” Lukáš Jílek, the father and coach of the Czech representative, evaluated the winning tournament. The multi-talented Jílková brings success both from the hockey team and from prestigious boxing, Thai boxing and kickboxing tournaments. The European boxing championship awaits her next month, but at the same time the hockey season starts. Jílková represents the under-16 team in hockey. All this at the time when he starts sports gymnasium. “However, it may happen that some actions will overlap each other. We will see what is more important and arrange accordingly,” he explains. After the defeat in the title fight for the belt of the IBF organization, boxer Vasil Ducár is waiting for another fight. This time, on September 30, he will face Václav Pejsar in Pilsen, whom he defeated in the previous title fight. “I’m going to win and I don’t care how. The most important thing is to win,” answers the 31-year-old wrestler when asked if the duel will end in a knockout or will be decided on points. 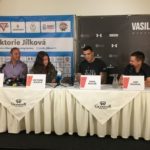 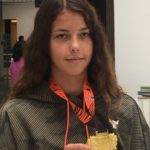 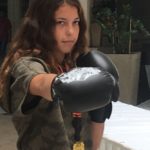