Will Erdogan head to the EU summit in Prague? Ankara’s ambassador says the relationship with Brussels should strengthen

Already on October 6, a two-day summit of the European Union will take place in Prague, which will also be attended by ambassadors from countries outside the twenty-seven EU countries. After vicissitudes, Turkey also received an invitation. Ankara’s ambassador to Prague, Egemen Bagis, told CNN Prima NEWS that his country would like to significantly strengthen its relationship with the European Union after years of deadlocked negotiations. He also spoke about the approach to migration.

At the beginning of October, Prague will host the summit of the European Union, the topic of which is to be the broader cooperation of Europe. Turkey also received an invitation. How does President Erdogan perceive the issue?
We have received an invitation for President Erdogan to join the meeting of the European Political Community on October 6. We firmly believe that Turkish participation would contribute to revitalizing the accession process and help strengthen Europe’s position in the face of current challenges. In addition to being a pan-European platform for political discussion, the European Political Community should also serve to support candidate countries in their accession process.

There were speculations that France did not want to send Turkey an invitation to the event at the European level. Why do you think Macron could put himself in such a role?
Without Turkey, the whole mechanism would have been dysfunctional from the start. All relevant parties expressed the need for Turkey’s participation. Therefore, I do not think that such a thing would be in the interest of France. We received the formal invitation on September 23 (but a question mark still hangs over the participation of the Turkish delegation in Prague, editor’s note).

Which topics would Turkey like to promote in the European arena?
It’s high time we start talking again and get our relationship back on track. Europe’s strategic needs require Turkey’s active involvement. The war in Ukraine and the current geopolitical challenges are another reminder of how important a role Turkey plays for the European Union. But it requires closer cooperation and progress in Turkey’s accession process. Turkey contributes in everything from security, energy to economy and migration. But there is an untapped potential of what we could manage together, not only in Europe, but also outside of it.

Persistent political deadlocks have poisoned our relations and are hurting both sides equally. We have to move past this stalemate. In an effort to unlock the potential of our relations, we are ready to cooperate with the European Union, for example, to strengthen the perspective of Turkey’s admission, to modernize the customs union, to renew our cooperation in the field of migration or the fight against terrorism.

Do you think the relations between Turkey and Europe are better or worse than in 1999, when Turkey became an EU candidate country?
Turkey’s strategic position in the context of the European Union was significantly strengthened in 1963 through the Ankara Agreement (the agreement provided a framework for cooperation between Europe and Turkey, editor’s note) . We continue to say that our priority is full membership in the European Union. However, the politicization of the technical admissions process has been the biggest obstacle on this path from the beginning. Of course, there was excitement in 1999, when candidate country status was obtained, and in 2005, when accession negotiations began.

It is not true that Turkey itself is moving away from the European Union. On the contrary, some circles in the EU are trying to push Turkey away. Relations were also damaged by the mistake of Greek Cypriots becoming members without resolving the Cyprus issue. For meaningful dialogue and progress, it is necessary to separate the problems with some EU member states and Turkey’s relations with the union itself.

Europe and Turkey often debate about choosing the right approach to migration. Ankara is already detaining, for example, a large number of refugees from Syria. What solution would help relieve both Turkey and Europe? Is the never-ending war in Syria the main problem?
Turkey continues to be under heavy migratory pressure from neighboring states due to ongoing political instability, poor governance, armed conflict and economic problems in the region. For the past eight years, we have been the largest refuge for refugees in the world. We host over four million refugees and asylum seekers, including 3.7 million Syrians under temporary protection.

With this in mind, we have engaged in close cooperation with the European Union in the fight against illegal migration. Turkey is fulfilling its obligations, and thanks to our efforts, migration to Europe has weakened significantly. But the European Union did not keep its commitments. There can be no real cooperation when only Turkey is carrying millions of refugees on its shoulders.

The solution to the refugee crisis also depends on political processes. I believe that if the Syrians feel that their country is safe and that they will not face any retribution, then most of them will return voluntarily. 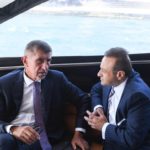 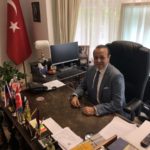 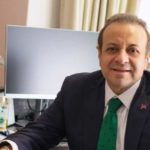 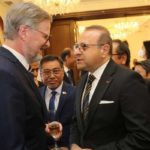 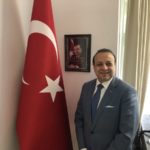 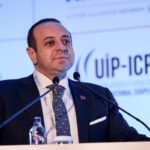