Will Prague Have a Fifth Metro Line? Preparation Begins for “Circular” Route O

Construction of metro D, the fourth subway line, officially began last week. When finished, it will extend from Náměstí Míru to Depo Písnice in the south of the city.

However, a fifth metro line is already under discussion, as Prague councilors recently approved the establishment of a working group that will examine the creation of a feasibility study.

“The new line could provide tangential connections between the city districts so that passengers do not have to go through the centre to the three congested nodes Muzeum, Můstek, and Florenc,” said the Deputy Minister for Transport Adam Scheinherr.

The working group will include representatives of the city council, experts from the Institute of Planning and Development, the transport company, the technical administration of roads, ROPID, the Railway Administration, the Faculty of Transport CTU and other experts such as sociologists.

Construction could take at least ten years, in the section between Anděl, Smíchov railway station, Olbrachtová and Budějovická, according to transport models up to 150,000 passengers travelled there on a working day.

“Although it may seem foolish or premature to plan another metro line at the same moment when we start metro D, we have to realize that new neighborhoods for hundreds of thousands of inhabitants are planned and we have to coordinate the public transport accordingly,” said Deputy Minister for Territorial Development Petr Hlaváček.

“Imagine that the whole of Ostrava or even almost the whole of Bro moves to Prague. […] If we do not start tackling the radical strengthening of underground public transport in time, Prague’s streets will be overwhelmed, and Prague will suffocate. The streets are not inflatable and more cars or, for example, buses cannot fit in them,” Scheinherr stated. 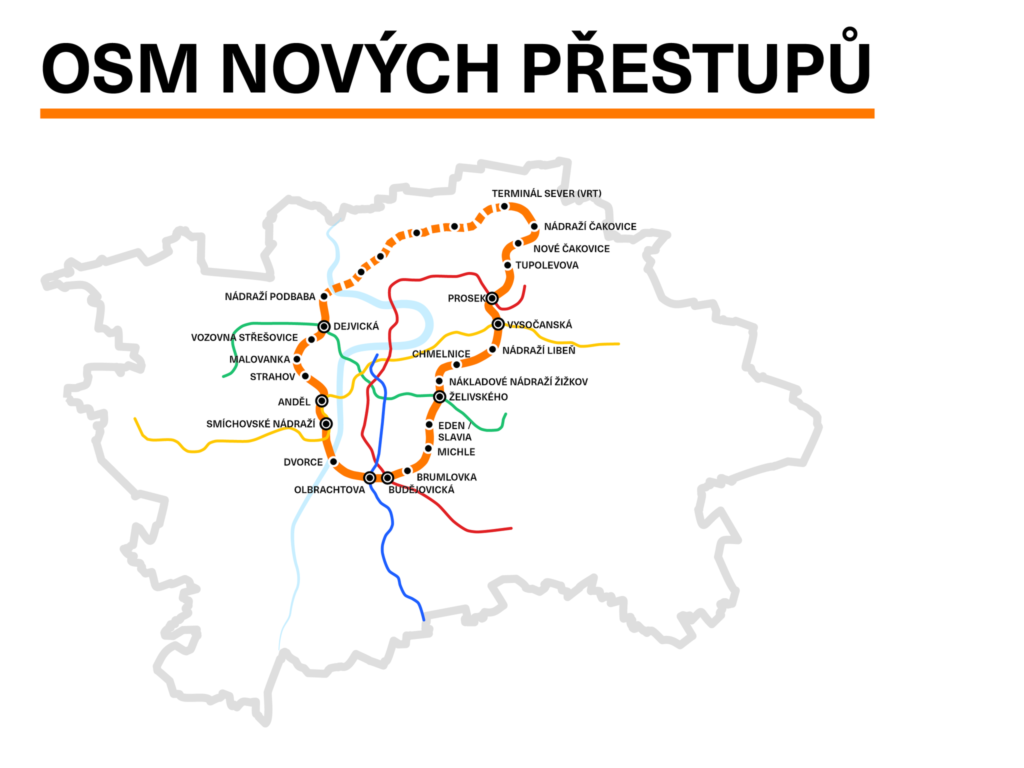 According to a press release, the circular line would be 36 kilometres long, with 23 stations. In turn, the Prague metro would reportedly measure 114 kilometres in length and have 111 stations after its competition.

Comparing this with the underground transport of other cities, Scheinherr reveals that Munich’s metro covers 103 kilometres and has 93 stations.

It is important to note that hundreds of thousands of people travel to the Czech capital for work. Entering the city, they park their vehicles in the centre or the suburbs, taking up space. With the number of both commuters and residents increasing, the capital believes the Metro O line is crucial in order to ensure that the city does not become blocked up.

In addition to this, it stresses the importance of promoting the use of public transport and encouraging people to leave their cars at home. With Metro O, the influx of cars would substantially reduce as travelling underground would become both quicker and easier.