Ypsilonka officially started the new season on Monday, September 12, where from 12:00 p.m. she enlivened the passage with a musical performance. There was also a photo session, autograph signing, and those present had a good time. In the evening, Ypsilonka presented the first show of the season, Spálena 16.
Another surprise was the distribution of a Happy Ypsilonka coupon, with which the visitor buys each theater ticket 100 CZK cheaper. Its validity starts right on the day of the opening and ends on September 17, when another festive occasion will take place, which is the all-day event Experience the city differently. Part of the all-day accompanying program of Studio Ypsilon will be two educational walks through Burnt Street and its surroundings. Morning from 11 a.m. accompanied by art historian Richard Biegel (In the footsteps of the avant-garde I.) afternoon from 2 p.m. with historian Petr Koura (In the footsteps of the avant-garde II.)* Both walks will be guided in the footsteps of the avant-garde, which is convenient for in the context of this year’s festival slogan “without inhibitions”, the evening’s “liberated” performance in honor of Jaroslav Ježek Kostka is thrown. Before the performance, a competitive Ypsilon Pub Quiz will take place in the theater bar (starting at 17:00, prior reservation required).
JK 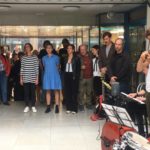 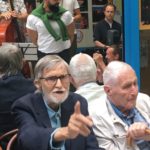 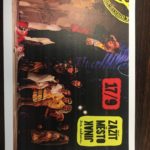 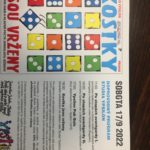